You are asleep. You wake up with that feeling. You know the one. You’ve been poisoned somehow. From that moment you realize it’s going to be A LONG night spent on a cold tile floor next to your favorite porcelain receptacle.

First, let me clarify by saying that I never gluten myself on purpose. There were a few instances when I was first diagnosed where I cheated (I had a full piece of pizza once!). Those were dark times. Now, it’s totally not even worth it. When people find out I have gluten intolerance they say they wouldn’t survive if they had it, or they would cheat and I assure them that I thought those same things. Now, over three years later, I have survived. And I don’t cheat. Ever. Who knew it was possible!? Haha!

Being GI is hard. In fact, just yesterday, I was driving with Bri and I said, “How do other Celiacs do it? Are they as depressed about the food they can’t eat as much as we are or are we just abnormally weird and obsessive over food..!” We laughed for a little bit and she said she thinks it hits everyone differently. For some people it might be the social aspect, for others it might be the sickness part, etc. For me, it’s everything.
-I hate feeling weak and light headed all the time. There are times where I’m stronger but I certainly don’t feel normal all the time.
-It’s the fact that I haven’t been able to splurge on a Krispy cream doughnut (terribly unhealthy as they may be!) in almost four years.
-It’s that I could get hit with nausea totally and completely at any random time! If my body doesn’t like what I’m eating, bam! Sick. It doesn’t have to be gluten. Our bodies are set up with special sensitivities. Usually when it’s something besides gluten and it hits, I can work through it without anyone even knowing. But still. It’s not fun.
-It’s the fact that I have to check labels and ask waiters Every. Single. Time. It doesn’t matter if “I know this place is safe” or “this is a safe food item”- things are constantly changing. Its not worth it to get glutened.
-It’s that I have to be on my guard 24/7 and just when I thought I could trust a restaurant, I find out that this particular franchise that I forgot to ask the manager about, doesn’t have a designated fryer and I’ve been eating severely cross contaminated food this whole time and that’s why I’ve been sooooo tired!!!
-It’s that I can’t enjoy a “Hey let’s do a dinner together, my place or yours?” or, “You’re totally invited to our game night and there will be fun treats! Oh wait.. You can’t have anything..”  I can’t go to a party without being super paranoid of getting glutened, so I just don’t eat, which is half the fun!
-It’s the fact that whenever I get glutened and have to spend all night/day in the bathroom, it takes me weeks to get my strength back. I don’t bounce back quickly. Weeks, people! How am I suppose to carry on with life like that?

I’ve gotten mysteriously glutened/poisoned a few times over the past several months. It’s been rough.I think that’s my cue that I need to stop eating out (although the last time I was “poisoned”, or whatever the heck it was, it was in my own home with known ingredients that were supposed to be gf). It’s weird how sometimes it’s just not a good time for your body to eat what you’re putting in it.

People think we make this stuff up. Sometimes it is pretty painful when I hear it on the news. Just a couple weeks ago I got hit again, I had been glutened, and I just happened to have been up all night feeling sick and I woke up to the whole Joy Behar thing. It was like pouring salt in the wound. I know she thrives on negative attention and likes to take stabs at people for fun but that morning, since I felt so miserable, it was pretty hard hearing what she had to say about us while I was literally paralyzed from nausea. AND there was nothing I could do except let it pass on its own timing.

I know there has been a lot of “annoyance” with the whole GF “fad.” Let’s face it, some of the population has definitely turned it into a fad. I think it’s been a good and bad thing for us. Let’s just be happy with the good- bringing attention to it has steadily increased the demand for GF products of all varieties which, in turn, has incentivized more and more businesses to add GF lines to their product offerings, thus making it more accessible and available for us! 😉 We really should be happy about that.

Having said that, because of exactly that reason, it has really annoyed people. A percentage of the population considers it to be, all in our heads. Made up. Just a fad. “A train wreck.” It’s hard to hear when you face the negative reality of C/GI every single day.

Anyway, I didn’t mean to get carried away here. What I wanted to share with you today is something that might help you get through the rough days/nights spent next to the porcelain throne.

It has everything I might possibly need on a night like I’ve had several times in recent months, curled up on the bathroom floor. It’s just a simple kit to help the night pass a little easier for you and hopefully be a comfort to you. This is not a remedy or cure for getting glutened. But when you know it just needs to pass, at least you can help yourself be as comfortable as possible. 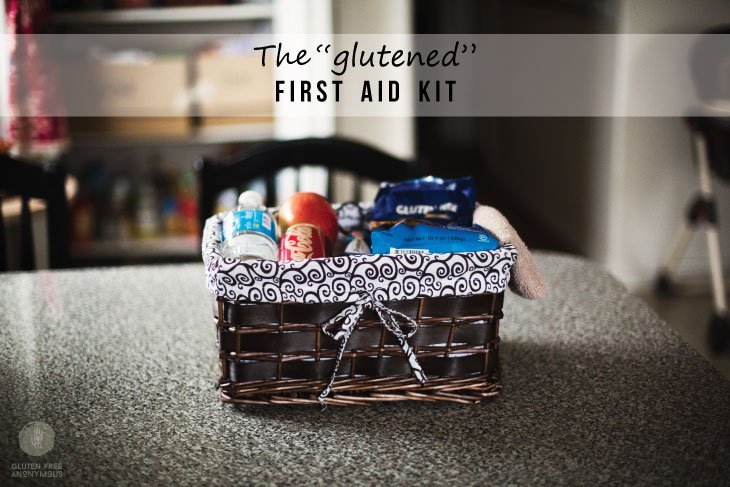 Get a little basket you can store somewhere tucked away in your bathroom, like under the sink.
Gather items that have helped you make those nights a little easier.
For me, I have a few go-to items I need almost every time, and I threw in a few I’ve used not so frequently but that have definitely saved me: 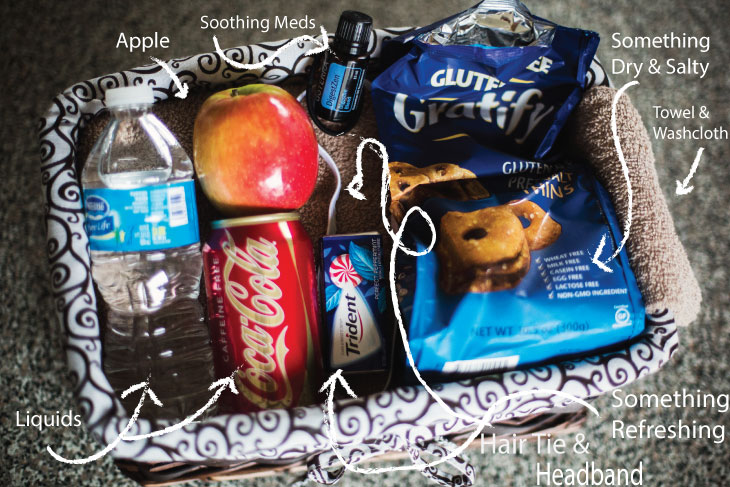 Included In My Basket:

Water bottle– Sometimes my mouth just gets so dry. It’s nice to have water ready so I don’t have to go all the way to the kitchen to grab a cup when I can’t move much. And sometimes I need to re-hydrate, unfortunately.
Coke– For me, Coke has helped settle my stomach.
GF pretzels– Eating something dry and salty is a great way to help that stomach when it’s not feeling the best!
Gum!!!– Latest discovery! After I threw up and brushed my teeth it made ALL the difference to re-freshen and replace that horrible taste! Toothpaste just doesn’t cut it.
Little blanket (I use towels)- I always get the shivers! I also prop up my head with a rolled up towel.
Hair tie and headband– Gotta have something to pull everything back for the big moment..
Chapstick– There is nothing worse than having dry lips. Ever. After getting glutened is no exception!
Apple– They are known for settling the stomach. I usually have apples in my fridge at all times. If you don’t normally have them on hand maybe keep some freeze dried apples or apple chips!
Doterra’s DigestZen Essential Oil– Also a more recent find. I rub it on my stomach and it helps to take the edge off. Something I can’t live without!

Already In Your Bathroom:

Wash cloth– Getting glutened can sometimes be much like getting flu, sometimes it’s refreshing to have a damp cloth on your forehead.
Toothbrush and mouthwash- Self explanatory 🙂
Definitely have your phone by you to either get on fb to pass the time, watch a movie, listen to a motivational speaker or just peaceful music.
These are a few things I put in my basket. What are the must haves in your “Glutened” First Aid Kit? 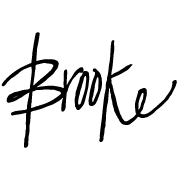 9 Basic Need to Know’s About Gluten

It’s That Time Of Year Again!

Resist the Urge to Cheat